This week’s lovelies are headed by Aldous Harding, who came off a 100-date tour last summer after the sleeper success of the internationally lauded Party and went straight into the studio with a collection of songs written on the road. Reuniting with Party’s producer John Parish, Harding spent 15 days recording and 10 days mixing at Rockfield Studios, Monmouth and Bristol’s J&J Studio and Playpen to produce Designer. From the bold strokes of the opening track, ‘Fixture Picture’, there is an over-riding sense of an artist confident in his work. Contributions from Huw Evans (H. Hawkline), Stephen Black (Sweet Baboo), drummer Gwion Llewelyn and violinist Clare Mactaggart broaden and compliment Harding’s rich and timeless songwriting.

30 years after forming in Limerick (initially as The Cranberry Saw Us), The Cranberries release their eighth and final album, In The End. With Stephen Street once again taking producer duties, the eleven-track record brings a remarkable career to a fitting and powerful closure. Announcing the album, the band has shared the first single, ‘All Over Now’, which blends rock, alternative and catchy almost pop-sounding melodies to deliver a classic Cranberries sound. “I can’t think of a more fitting way to commemorate the first anniversary of Dolores’ passing and to celebrate her life than to announce to the world the release of her final album with the band,” says Dolores O’Riordan’s mother, Eileen.

Throughout four solo albums and various collaborations, Kevin Morby has recognised in his work the ubiquity of an apparent religious theme. Though not identifying as ‘religious’ in the slightest, Morby – the globetrotting son of Kansas City who has made music while living on both coasts before recently returning to his Midwestern stomping grounds – recognises in himself a somewhat spiritual being with a secular attitude towards the soulful. And so, in an effort to tackle that notion head-on and once and for all, he sat down in his form of church – on planes and in beds – and wrote what would become his first true concept album: the lavish, resplendent, career-best Oh My God.

SOAK returns after four years with a new album, bringing with her four years’ worth of growth, introspection and understanding. The result is Grim Town, the follow-up to her Mercury Music Prize-nominated debut Before We Forgot How To Dream. Her astonishingly assured, emotionally mature songwriting has often been hailed as wise beyond its years; but, as her new album often asks, when do we ever truly shake off those childlike fears, the imposter syndrome, the outsider status? The term ‘to come of age’ lands with so much expectation, but with Grim Town, Bridie dissolves all such assuredness with imaginative, ambitious, and cathartic results.

‘Fluctuate’, the first snapshot of new Catfish And The Bottlemen album The Balance, was performed throughout summer 2018, and teased out a lean, refreshed version of everything Catfish fans find so easy so to love. Van McCann performed for fans what sounded like a personal diary entry and he sang it to them, about them, for them and with them. They, typically, soon started to sing every word back. What had changed, subtly, was the cool, open air in which the song was allowed to hang, McCann’s rhythmic delivery in each verse pinned to the bass and drums, saving the collective push for a supercharged chorus. It’s a progression that remains satisfyingly inside the box.

Our album of the week is Fever Breaks, the tenth studio album from acclaimed singer, songwriter and performer Josh Ritter. Produced by Grammy Award-winning musician Jason Isbell, the 10-song record was recorded at Nashville’s historic RCA Studio A and features Isbell’s band, the 400 Unit. Ritter says of the album: “The songs are very reflective of the times in which they were written. As we started coming together and playing, the songs that felt like they were going to work really jumped out as obvious. From there on, we had this really nice time to stop and listen and let the songs marinate a little bit. In that time, the world has just become even crazier. There’s a lot of the record that feels reflective of the moment it was in.” 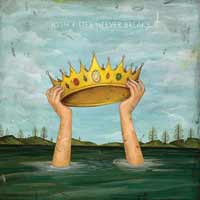 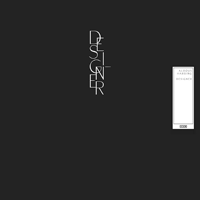 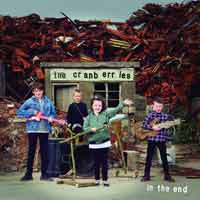 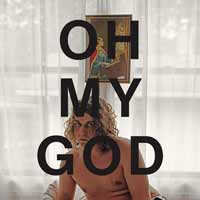 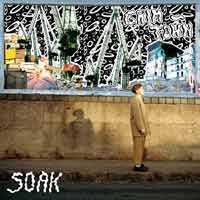 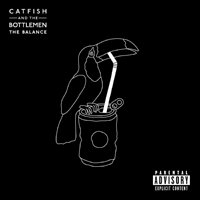