On to the pick of this week’s releases. This Dream Of You was produced in May 2020 by Diana Krall from sessions recorded in 2016 and 2017, on which she worked with her friend and longtime creative partner, Tommy LiPuma. The album features Krall in a quartet with long-time colleagues, John Clayton, Jeff Hamilton and Anthony Wilson, as well as a trio with Christian McBride and Russell Malone. The duos include a wonderful first-take performance of ‘I Wished On The Moon’ from Krall and bassist John Clayton, and two vocal cuts – ‘More Than You Know’ and ‘Don’t Smoke In Bed’ with accompaniment by pianist Alan Broadbent. The final session for this album took place at Capitol Studios with an ensemble featuring guitarist Marc Ribot, the fiddle of Stuart Duncan and a rhythm section of Tony Garnier on bass and Karriem Riggins on drums. This Dream Of You is music for right now but it is also a “long playing record”, one that feels like a movie that you might share with someone because you know they’ll stay with it until the final reel. As Diana says, “If ‘But Beautiful’ is the overture, then ‘Singing In The Rain’ is the end title.”

Blue Hearts is the fourteenth solo album by the former Hüsker Dü and Sugar frontman Bob Mould – the raging-but-catchy yin to the yang of 2019’s Sunshine Rock. Where that album was Mould’s most melodic and upbeat album in ages, he describes Blue Hearts as “the catchiest batch of protest songs I’ve ever written in one sitting.” Through some of the most direct, confrontational lyrics of his four-decade career, Mould makes his point of view clear: “I never thought I’d see this bullshit again / To come of age in the ’80s was bad enough / We were marginalized and demonized / I watched a lot of my generation die / Welcome back to American crisis.”

Back with their first new album in 12 years, a confident and revitalised ACR jumped back into the studio following their most successful tour in over 20 years. ACR Loco feels like an accumulation of ACR’s DNA from point zero in 1977 through to 2020 and sounds like a band who have effortlessly perfected their craft. An album to dance to, cry to, fall in love to and most importantly, to party to. On the album, core ACR members Jez Kerr, Martin Moscrop and Donald Johnson are joined by long-term partners Tony Quigley, Denise Johnson and Matt Steele, plus special guests Sink Ya Teeth’s Maria Uzor and Gemma Cullingford, Factory Floor’s Gabe Gurnsey and Manchester luminaries Mike Joyce and Eric Random.

Universal Beings E&F Sides is an addendum to Chicago-based drummer/producer Makaya McCraven’s critically acclaimed 2018 release Universal Beings, which The New York Times said “affirms the drummer and beatsmith’s position as a major figure in creative music.” But it’s more than a simple extra disc: here are fourteen new pieces of organic beat music cut from the original sessions, prepared and produced by Makaya as a soundtrack to the Universal Beings documentary film.

By The Fire, the seventh solo album from Sonic Youth front-man Thurston Moore, features musicians Deb Googe (My Bloody Valentine) on bass and backing vocals, Jon Leidecker aka Wobbly (of Negativland) on electronics, James Sedwards on guitar, and Sonic Youth’s Steve Shelley and Jem Doulton alternating on drums. ‘Hashish’ is the first single from the album to be released and is described by Moore as “an ode to the narcotic of love in our shared responsibility to each other during isolation.” Prior to isolation during the Covid pandemic, Thurston worked in recording studios in North London until the third week of March 2020 to complete this album.

Our release of the week comes from IDLES, who follow their two critically acclaimed albums Brutalism (2017) and Joy as an Act of Resistance (2018) with Ultra Mono. Sonically constructed to capture the feeling of a hip-hop record (including production contribution from Kenny Beats), the album doubles down on the vitriolic sneer and blunt social commentary of their past work. Not far beneath the surface of their self-admitted sloganeering lies a deeply complex and brutally relevant album that chews up clichés and spits them out as high art for the masses. This is momentary acceptance of the self. This is Ultra Mono. 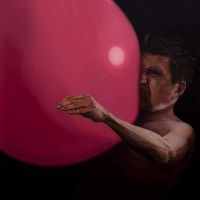 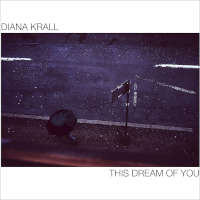 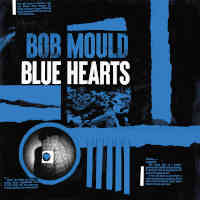 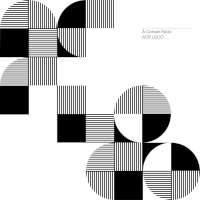 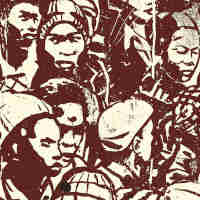 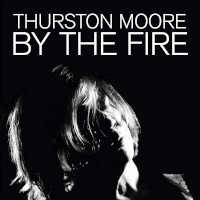