Our summer sizzlers for this week start with Rose City Band, aka celebrated guitarist Ripley Johnson. A prolific songwriter, Johnson started Rose City Band to have an outlet to explore songwriting styles apart from Wooden Shjips and Moon Duo, where he is often not the lead songwriter. Rose City Band allowed him to follow his musical muses as they greet him and not be bound by the schedule of bandmates and demands of a touring group. Stepping out from behind the psychedelic haze that envelops his other output, Rose City Band’s lean yet richly textured arrangements lay bare the beauty of his songcraft. On Earth Trip, Johnson reveals more of himself than ever before, colouring the project’s country-rock twang with a melancholic, wistful undertone. Earth Trip was written during a period of sudden shocks and drastic lifestyle changes for Johnson: forced to cancel extensive touring plans for 2020, the guitarist found himself home for an extended period for the first time in years. The album charts a journey of personal growth and introspection with surprising honesty, from pining for summers spent with friends to meditations on space, stillness and the splendour of the natural world. It continues Rose City Band’s celebration of summer warmth and the great outdoors, seen from a new vantage point, and with newfound appreciation for the freedom and joy that nature provides.

“I went looking for peace,” says songwriter M.C. Taylor of Hiss Golden Messenger about his new album Quietly Blowing It. “It’s not exactly a record about the state of the world or my world in 2020, but more a retrospective of the past five years of my life, painted in sort of impressionistic hues. Maybe I had the presence of mind when I was writing Quietly Blowing It to know that this was the time to go as deep as I needed to in order to make a record like this. And I got the time required in order to do that.”

John Murry’s third album is starlit and wondrous, like being wrapped in the softest black velvet. It’s an album of startling imagery and insinuating melodies, of cold moonlight and searing heat. It’s a record that penetrates you to the very heart, searing with its burning honesty, its unsparing intimacy and its twisted beauty. The Stars Are God’s Bullet Holes is not an album for an ordinary world, because it’s not an ordinary album. It’s an album to dive deep into and submerge yourself in, and to emerge from aware that this world is a remarkable place, and that John Murry is a remarkable artist.

The schedule of reissues of PJ Harvey’s classic studio albums continues with her seventh, White Chalk, produced by PJ Harvey, Flood and John Parish and originally released in September 2007, which features the singles ‘When Under Ether’, ‘The Piano’ and ‘The Devil’. This reissue is faithful to the original recording and package, remastered and cut by Jason Mitchell at Loud Mastering under the guidance of original co-producer John Parish. The accompanying collection of unreleased demos features brand-new artwork with previously unseen photos by Maria Mochnacz, overseen by Maria with Rob Crane.

Leviathan is a new collaborative album from electronic duo The Grid (aka Richard Norris & Dave Ball) and Robert Fripp, combining Fripp soundscapes with synth, drums, programming and effects by The Grid. The LP is available on 200-gram super-heavyweight vinyl.

Our release of the week is the latest from John Grant. Produced by long-time friend Cate Le Bon, Boy From Michigan is his most autobiographical and melodic work to date. Grant stopped being a boy in Michigan aged twelve, when his family moved to Denver, Colorado, shifting from rust to bible belt, a further vantage point to watch collective dreams unravel. Over 12 tracks, Grant lays out his past for careful cross-examination. In a decade of making records by himself, he has playfully experimented with mood, texture and sound, all the better for actualizing the seriousness of his thoughts. At one end of his musical rainbow, he is the battle-scarred piano-man; at the other, a robust electronic auteur. Boy From Michigan seamlessly marries both. There are two lovely deluxe vinyl versions available. 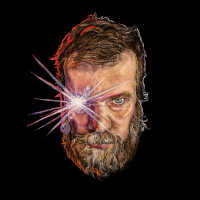 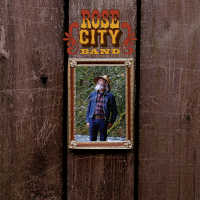 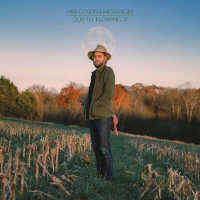 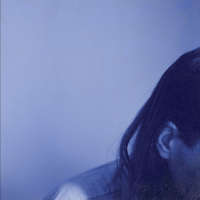 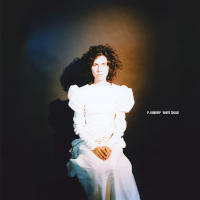 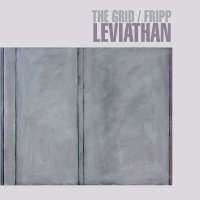