Since their 2008 debut album Krülle Bol, This Is The Kit (led by Kate Stables) have unpicked emotional knots and woven remarkable stories. Even by her high standards, however, Off Off On is a beautifully clear distillation of Stables’ song-writing gifts. By the end of 2018, the band had finished touring their last album, the talismanic Moonshine Freeze – leading to Kate’s Ivor Novello nomination. Stables’ natural impulse to start her next record became diverted by an invitation to join The National on the road for multiple tours and TV appearances – a continuation of the role she took on their album I Am Easy To Find. “It was so brilliant when I was writing to be away from my songs and the responsibility of being in charge of a band or a project – I think it really helped my writing and my getting through whatever I needed to get through.” Richly illuminating and acutely sensitive to the pulses and currents of life, Off Off On shows This Is The Kit overflowing with ideas. In difficult times, it’s a record that feels like a lifeline, moving against the tide, standing against the storm. Keep going.

Sunset In The Blue is an orchestral celebration of Melody Gardot’s jazz roots. She is reunited with the multi-Grammy award-winning production team of her platinum-selling album My One And Only Thrill: producer Larry Klein (Joni Mitchell, Herbie Hancock), arranger and composer Vince Mendoza (Björk, Robbie Williams, Elvis Costello) and the legendary engineer Al Schmitt (Frank Sinatra, Joao Gilberto, Bob Dylan, Paul McCartney). An underlying theme of determination to create and evolve her craft has always been present in Melody Gardot’s work but never more so than during the production of Sunset In The Blue. In spite of all obstacles, she has assembled a stunning new body of collaborations in this most challenging of times.

Big Thief’s Adrianne Lenker announces two new albums, songs and instrumentals. This is two distinct collections, both written and recorded in April after Big Thief’s last tour was abruptly cut short due to coronavirus. After returning to the States from Europe, Lenker decamped to a one-room cabin in the mountains of western Massachusetts. This recording is 100% analogue (AAA), with no digital process used. The album’s stunning artwork are watercolour paintings done by Adrianne’s grandmother, Diane Lee.

Laura Veirs says of her new album, My Echo: “It’s my ‘my songs knew I was getting divorced before I did’ album. My conscious mind was trying as hard as I could to keep my family together but my subconscious mind was working on the difficult struggles in my marital life. I was part of a ‘Secret Poetry Group’ that met and wrote poems monthly for a year during the writing of this record. Many of my poems turned into songs for this album. By the time the album was being mixed last fall, my ex-husband/producer Tucker Martine and I had decided to go our separate ways. We were a great musical team for many years but we struggled to be compatible in our marriage and family life and that struggle is reflected in this album.”

The iconic, award-winning Faithless return with their first album in ten years, All Blessed, an immaculate love letter to electronic music delivered across twelve highly collaborative and intelligent tracks which perfectly captures the Faithless manifesto of ‘music with feeling, words with meaning’. In a history that stretches back some 25 years, Faithless have long occupied a pivotal position in the world of British electronica accomplishing seven Top 10 singles, six Top 10 albums (3 at number 1) and selling over 15 million records worldwide.

Our release of the week feels like an early Christmas present! Letter To You is the brand-new studio album from Bruce Springsteen with the E Street Band, a rock album fuelled by the band’s heart-stopping, house-rocking signature sound. Springsteen’s 20th studio album was recorded at his home studio in New Jersey, and is his first album including the E Street Band since 2012’s High Hopes and their first performances together since 2016’s The River Tour. “I love the emotional nature of Letter To You,” says Springsteen. “And I love the sound of the E Street Band playing completely live in the studio, in a way we’ve never done before, and with no overdubs. We made the album in only five days, and it turned out to be one of the greatest recording experiences I’ve ever had.” Letter To You includes nine recently written Springsteen songs, as well as new recordings of three of his legendary, but previously unreleased, compositions from the 1970s, ‘Janey Needs a Shooter’, ‘If I Was the Priest’, and ‘Song for Orphans’. Springsteen is joined on Letter To You by Roy Bittan, Nils Lofgren, Patti Scialfa, Garry Tallent, Stevie Van Zandt, Max Weinberg, Charlie Giordano and Jake Clemons. The album was produced by Ron Aniello with Bruce Springsteen, mixed by Bob Clearmountain and mastered by Bob Ludwig. 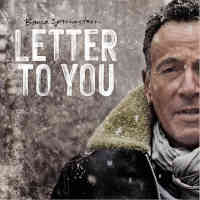 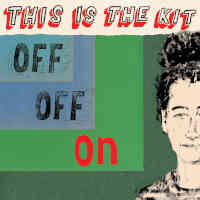 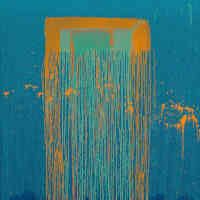 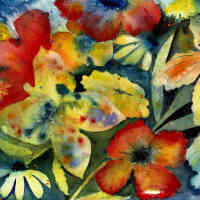 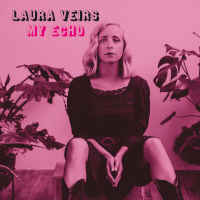 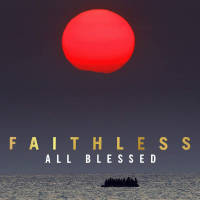