This week’s garden of earthly delights opens with Boarding House Reach, an album with a spontaneous approach that takes Jack White all over the genre board. There’s moments of glitchy neo-funk, experimental gospel – yes, experimental – and a very strong influence from early ’90s hip-hop. Basically, it’s the result of one of the music industry’s leading figures pressing ‘record’ and having a blast in the studio. White has stated that the majority of Boarding House Reach was recorded on a 4-track, just like the one he had when he was fourteen. For this reason, fans might expect a stripped-down, back-to-basics album; instead, however, White has produced an overflowing artistic statement. Strange as it is, the majority of Boarding House Reach actually works. It’s a late-career release that still burns with the same passion and fury as any of White’s solo releases, or those with his supergroup The Dead Weather. It’s a star-studded album swirling with perplexing ideas, often hitting the nail on the head.

Over And Out is the album that Rick Parfitt had been itching to write. The album is but the last element of the incredible legacy and body of work that Rick Parfitt leaves us. A testament to his talent, his winning way with words, an incredible joie de vivre and a spirit that never flagged. He’ll be missed, but Over And Out is a great way to remember him. Gone but not forgotten.

George Ezra returns with his highly anticipated sophomore album, Staying At Tamara’s, three years after the release of his 4x platinum, number one debut album Wanted On Voyage. Staying At Tamara’s is a collection of “songs about escapism, dreaming, anxieties and love” that, just like Wanted On Voyage, was written, created and inspired by George’s travels, including spells on the Isle of Skye, at a pig farm in Norfolk, in a former cornflour shed in Kent, a converted cow shed in north Wales, and in an Airbnb in Barcelona owned by the Tamara of the album’s title. The result is a finger-snapping, brass-blaring, wind-in-the-hair album that shines with positivity and encouragement, alongside moments of more subdued reflection.

When Acid Jazz founder Eddie Piller asked Martin Freeman to host a jazz radio show, he could hardly have imagined the impact it would have. Emails and tweets from around the world inundated the show and they realised that they couldn’t leave it there. Now, two years, on, Jazz On The Corner – a compilation of their favourite jazz – has arrived. From the rolling hard bop of Lee Morgan and Art Blakey, via screaming soul organ, jazz-funk and original acid jazz, onwards to the post modern spiritual jazz of Kamasi Washington, this is an incredible journey.

Our album of the week, and a sure-fire candidate for our Top Twenty of 2018, is May Your Kindness Remain by Courtney Marie Andrews. UK fans fell for Courtney’s breakthrough album, Honest Life, last year when, as the BBC put it, she became an “overnight success” after 10 years in the business. Newspapers such as the Guardian, Daily Telegraph and Sunday Times compared her music to the work of classic artists such as Guy Clark, John Prine, Joni Mitchell, Emmylou Harris, Linda Ronstadt and Glen Campbell, alongside modern artists such as Laura Marling and Julie Byrne. The album became one of the biggest breakthrough records of 2017 in the UK. 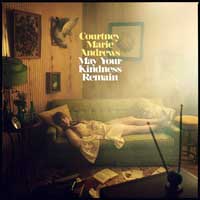 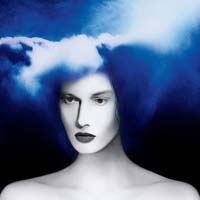 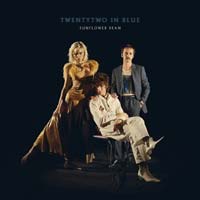 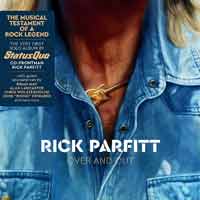 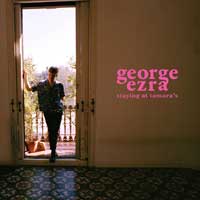 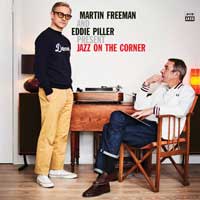