This week’s six of the best starts with Gold-Diggers Sound, the new album from Leon Bridges. This R&B collection is birthed from extended late nights at the Los Angeles studio of the same name, and it celebrates Leon’s immersive experience of creating music in the same East Hollywood room where he lived, worked, and drank over the course of two years. The soulful collaboration between Leon as an artist and the space itself was so encompassing that he chose to name the album after the soon-to-be legendary complex.

Triage offers a rare look inside the songwriter. This album finds Rodney Crowell looking inwards for answers, resulting in what he has called his most personal record yet. This new collection of songs was written during the great political, environmental and economic upheaval of recent years. The noise of that chaos encouraged Crowell to look inward for solace and answers. The result is this series of songs that contends with these themes but approaches them from a place of healing, love and solution. That they are being released while we find ourselves walking through a global pandemic is a gift of perfect timing.

In 2020, 4AD turned 40. Never one to be on time for a party, the label is commemorating that landmark a year later with the release of Bills & Aches & Blues, in which 18 of its current artists cover a song each of their choosing from 4AD’s past: a creative experiment rooted in the spirit of collaboration and a snapshot of 4AD four decades after its inception. The 18 recordings herein contain fascinating connections between artist and track. Tracks chosen range from The Birthday Party’s ‘Junkyard’ from 1981 to two Grimes songs from 2012, and the artists covering them include U.S. Girls, Spencer., Dry Cleaning, Tune-Yards, Jenny Hval, Big Thief, SOHN, and The Breeders, three of whose songs are themselves covered by other artists.

Mudhoney’s classic 1991 album Every Good Boy Deserves Fudge, considered a landmark of the grunge era, has been remastered and expanded with rare and previously unreleased tracks and liner notes by band biographer Keith Cameron. By going back to basics on this album, Mudhoney flipped conventional wisdom. Not for the first time – or the last – they would be vindicated. A month after release in July 1991, the album entered the UK album chart at Number 34 – five weeks before Nirvana’s Nevermind entered at 36 – and went on to sell 75,000 copies worldwide. A more meaningful measure of success, however, lay in its revitalisation of the band, casting a touchstone for the future. The record is a major chapter in Mudhoney’s ongoing story, the moral of which has to be: when in doubt, fudge it.

Stone Temple Pilots embraced experimentation and open-mindedness to record the band’s third album, 1996’s Tiny Music… Songs From The Vatican Gift Shop. Released 25 years ago, the album is a pitch-perfect amalgamation of the band members’ musical personalities, yielding three US #1 hits – ‘Big Bang Baby’, ‘Lady Picture Show’ and ‘Trippin’ On A Hole In A Paper Heart’. Along with a newly remastered version of the original album, the deluxe editions feature 15 unreleased tracks that pull back the curtain on the creative process, including early versions of nearly every song on the album, alternate takes and instrumental versions. The super-deluxe edition includes the original album on both CD and 180g black vinyl, the bonus tracks, plus an exclusive and previously unreleased live recording of the band’s concert in Panama City Beach, Florida on 14 March 1997. STP is dialled in from start to finish, delivering blistering takes of songs from the new album (‘Tumble In The Rough’ and ‘Big Bang Baby’), as well as hits from their earlier records (‘Vasoline’, ‘Plush’ and ‘Interstate Love Song’).

Our release of the week comes from Jackson Browne, who – nearly five decades after his debut album – combines that record’s soulful intimacy with a power and wisdom gained from a life pursuing positive change on his latest album, Downhill From Everywhere. “On the surface, it’s about living in L.A.,” Browne said in a press release. “But it’s really a metaphor for life itself. I adore this city, but I’ve been trying to leave since around the time I finished my first album. You can love and appreciate and depend on a life as you know it, but deep down you may also long for something else, even if you don’t know what it is.” Nevertheless, Browne stuck close to home for the album. “Lately, I find that much of the writing process takes place in the studio,” he noted. “The music is informed by the way that everyone interacts with it in the room, and there’s this journey of exploring and cutting and recutting that can lead you to places you never would have ended up at on your own.” 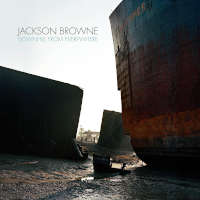 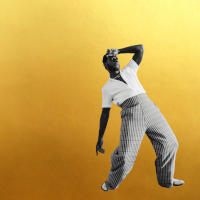 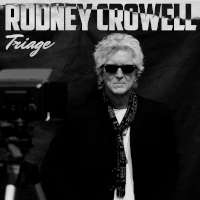 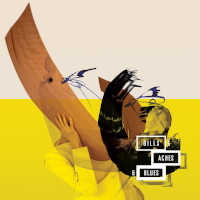 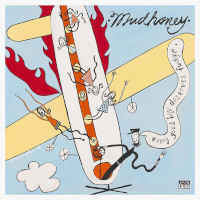 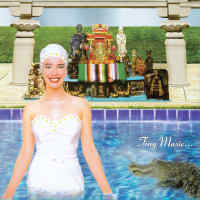