We begin our best of the week’s releases with Parquet Courts, whose thought-provoking rock is dancing to a new tune. Sympathy For Life finds the Brooklyn band at both their most instinctive and electronic, spinning their bewitching, psychedelic storytelling into fresh territory, yet maintaining their unique identity.

Biffy Clyro’s surprise new project, The Myth Of The Happily Ever After, is a homegrown project that represents a reaction to their #1 album A Celebration Of Endings and a rapid emotional response to the turmoil of the past year. It is the ying to A Celebration’s yang: a before-and-after comparison, their optimism of early 2020 having been brought back to earth with a resounding thud. It’s the product of a strange and cruel time in our lives, but one that ultimately has reinvigorated Biffy Clyro.

My Morning Jacket’s first new music since 2015’s Grammy-nominated The Waterfall reaffirms the rarefied magic that has made this band so beloved, embedding every groove with moments of discovery, revelation, and ecstatic catharsis. It had looked as though the band was moving into a permanent hiatus, but after performing four shows in summer 2019 – beginning with two mind-blowing nights at Red Rocks Amphitheatre – My Morning Jacket was overcome with the urge to carry on. That sense of purpose can be heard throughout the thrillingly expansive release, which was produced and engineered by Jim James over two multi-week sessions at 64 Sound in Los Angeles.

Prioritise Pleasure, the follow-up to Self Esteem’s acclaimed 2019 debut album, Compliments Please, is a record that reminds us all of the importance of being our unapologetic selves, putting our insecurities out there in the hope that it can be the first step towards healing them. Honest disclosure has always been Self Esteem’s forte, and so each track on Prioritise Pleasure handles difficult themes from a nuanced perspective, comforted and counter-balanced with an array of rhythmic flourishes that speak to the eclecticism of her experience and influence.

In March 2020 Elton John was forced to pause his record-breaking Farewell Yellow Brick Road tour due to the unfolding pandemic. As the world began to shut down, however, opportunities for projects with artists Elton had enjoyed getting to know through his Apple Music show Rocket Hour began to present themselves. This was the beginning of one of Elton’s boldest and most interesting records to date, The Lockdown Sessions, which saw Elton coming full circle and returning to his roots as a session musician. While recording during a pandemic was no easy feat and a completely new way of working for Elton, he leaned into the challenge with some magnificent results.

Our release of the week is Blue Banisters, the highly anticipated eighth studio album from Grammy-nominated American singer/songwriter Lana Del Rey. Blue Banisters follows the success of her previous album, Chemtrails Over The Country Club, released earlier this year, and features the songs ‘Blue Banisters’, ‘Wildflower Wildfire’ and ‘Text Book’. 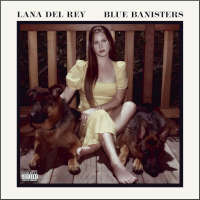 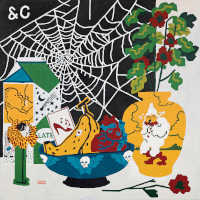 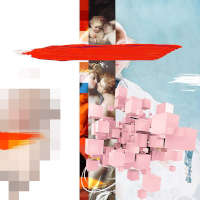 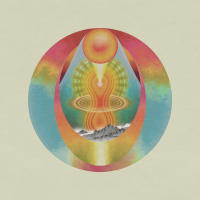 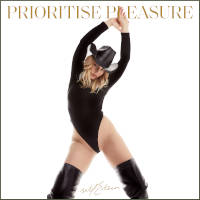 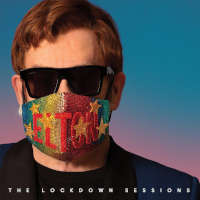