We kick off the best of 22 January with Under A Mediterranean Sky, the first new acoustic solo album from legendary guitarist Steve Hackett since 2008’s Tribute. While that record that saw him tackling some of the beautiful classical pieces that his guitar idols had also put their hand to, this new album takes inspiration from Steve’s extensive travels around the Mediterranean. “A lot of acoustic ideas had been forming over the years, and it felt like the perfect time to create this album,” notes Hackett; “a time to contemplate the places we’ve visited around the Mediterranean with the kind of music which evolved from the world of imagination.” Under The Mediterranean Sky lacks nothing of the grandiosity of Steve Hackett’s recent solo electric records, but it does give room to the stunning breadth of approach that he has to playing his acoustic guitar, reminding us once again why Steve is such a revered and respected musician.

The Wide, Wide River came into being after the blossoming of a long-term friendship between James Yorkston and Karl-Jonas Winqvist, the Swedish music producer, leader and conductor of The Second Hand Orchestra. The Wide, Wide River is Yorkston’s tenth album for Domino, not to mention his three albums as part of Yorkston/Thorne/Khan and his two books. A prolific writer, Yorkston has worked with a wealth of talent over his two-decade career, including Four Tet, Alexis Taylor, KT Tunstall, Rustin Man, Simon Raymonde, Norma and Mike Waterson, Martin Carthy, Max Cooper, David Wrench and many others.

Some things aren’t meant to be laid to rest. Instead, they dig deep into your heart, your blood, your bones, your soul. You never let go of them, and – sometimes – they never let go of you. Such is the case with Lonely The Brave. Building on the legacy that they built for themselves, the new material on The Hope List is brimming with the band’s trademark purity and passion, as well as a newfound sense of confidence that weaves its way through. It’s a signal that the band aren’t just back, but back with renewed purpose and energy. Some things aren’t meant to be laid to rest – and these songs prove wholeheartedly that Lonely The Brave are one of those things who, once they bury themselves inside you, are impossible to forget about.

Continuing to push their creative boundaries, even during lockdown, Bring Me The Horizon have created Post Human: Survival Horror, a body of work that is arguably one of their most exciting, diverse, intricate pieces of music to date. The first two tracks from the EP – ‘Parasite Eve’ and the recent colossus ‘Obey’, featuring fellow Brit Yungblud – have received critical acclaim and amassed over 115 million audio and video streams combined to date. Other guests on the EP include Babymetal, Nova Twins and Amy Lee from Evanescence.

From label owner Terry Cole: “It was on 16 March 2020 that we closed up our storefront as the reality of a worldwide pandemic began to spread across the Midwest. We had no idea how it was going to impact our shop, our label, or the artists we represent. We were all fortunate to have our family members stay safe and healthy; however, the livelihood of many of our friends and artists were drastically and immediately impacted. No tours, no live performances, record shops closed, pressing plants shut down, etc. And while the level of uncertainty was unnerving, from that uncertainty came the idea for Brighter Days Ahead. We knew we wanted to continue to release new music, but proceeding with our heavy 2020 release schedule as planned seemed ill advised. So the idea was to release individual tracks from many of our artists on a weekly basis and as a musical family, we could all help shine light on each individual artist weekly. Strength in numbers! So throughout the summer and into the fall, that’s what we did. We released several dozen tracks and the weekly announcements certainly garnered a strong sense of community for our artists and fans alike. We’re very proud to present Brighter Days Ahead: a compilation from our talented stable of artists on both our Colemine and Karma Chief imprints.”

Our release of the week is Belfast-born, London-based duo Bicep’s hotly anticipated second album, Isles. which expands on the artful energy of their 2018 debut, Bicep, while digging deeper into the sounds, experiences and emotions that have influenced their lives and work. Bicep (Matt McBriar and Andy Ferguson) describe Isles as “a snapshot in time” of their work in this period, with the tracks designed to evolve in their different iterations from record to live show and beyond. “This is definitely the home listening version,” says Matt, “the live version will be much, much harder.” On the title: “We have strong mixed emotions, connected to growing up on an island,” they say, “wanting to leave, wanting to return.” For two natives of Belfast, any talk of islands, communities and identities will also have other, more domestic connotations, and has always been an aspect of their lives they’d been reluctant to talk about. “It’s always been an unquantifiable topic for us,” says Matt. “We’re not religious, but we’re from different religious backgrounds. There was always a lot of interest in us talking about those issues, but we always felt that one of the things we loved about dance music was that freedom it gave you to be released from talking about those things.” “You’d enter the club and it would be people from both sides of the tracks and they’d be hugging,” says Andy, referring to massively influential Belfast club Shine, where both cut their musical teeth. “And the following week, they’d be with their mates rioting. It felt like the safest place but, on paper, it should have been the most dangerous.” Musically, too, they find echoes of those days in their work. “It was like being smacked in the head with a hammer,” Matt says, of the tunes that defined that scene, and which find expression in Isles’ most raw and energetic corners. 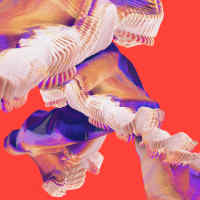 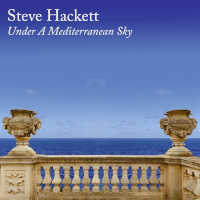 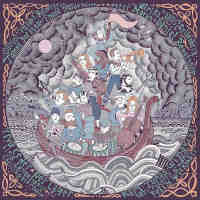 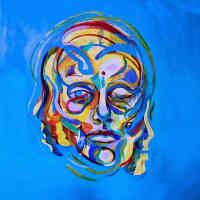 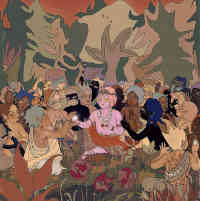 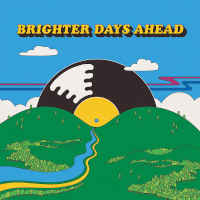