We’ve got some special news for you this week. At long last, the three iconic albums released by My Bloody Valentine are being reissued, along with a collection of EPs and rare tracks! Their debut album for Creation Records, 1988’s Isn’t Anything, revolutionised alternative music, heralding a new approach to guitar music and studio production and birthing a sound that became a template for thousands of new subgenres for years to come. Loveless is widely considered a flawless whole and rightly regarded as a masterpiece: a 1990s equivalent to Pet Sounds, In A Silent Way or Innervisions, a record constructed by exploring the edges of what a recording studio is capable of. It is a record best experienced as a whole, in one sitting – a listening experience like no other and unmatchable in its sonic brevity. The band continued to push boundaries of both music and genre on 2013’s m b v, an album of astonishing music, some of which could lay claim to being of a type never made before; otherworldly, intimate and a visceral listen, it’s a startling and beautiful metamorphosis of the MBV sound, like no other band. And EP’s 1988-1991 collects the four EPs that contain many fans’ favourite music: You Made Me Realise and Feed Me With Your Kiss, released in quick succession before Isn’t Anything in 1988, and Glider (1990) and Tremolo (1991), which came out in the gap between Isn’t Anything and Loveless. Also included are some rare tracks, including the full 10-minute version of ‘Glider’.

Intruder is the first new music from the iconic and influential Gary Numan since 2017’s Savage: Songs From a Broken World, which charted at #2 in the UK. Whereas Savage depicted earth as a barren wasteland in which humanity and culture had been largely crushed by the effects of global warming, Intruder presents a fresh but complementary narrative. It’s a philosophical examination of a potential future apocalypse: the planet can only survive by purging its inhabitants. Intruder was recorded between sessions at Numan’s home studio in Los Angeles and at the Bath studio of producer Ade Fenton, who produced four critically acclaimed albums for Numan: Jagged, Dead Son Rising, Splinter and Savage.

Kurt Wagner’s signature brittle baritone is back, but that doesn’t mean we’re going to get a nostalgic alt.country album. Showtunes is a continuation of Lambchop’s explorations of new sound worlds and opens up another chapter. Each track is an exciting journey with an uncertain destination. With Showtunes, as he has done so many times throughout his varied and fascinating career, Kurt was experimenting with something new. In late 2019 he took simple guitar tracks and converted them into midi piano tracks. It was a revelation that from those conversions he was able to manipulate each note and add, subtract, arrange the chords and melody into a form that didn’t have any of the limitations he had with his previous methods of writing with a guitar. Removing these limitations led to a surprising new sound, something akin to showtunes but with edges sanded down and viewed through Kurt’s own specific lens. It’s a genre he was none too fond of, with the exceptions of a few Great American Songbook type of stuff or some of the works of artists like Tom Waits, early Randy Newman or even Gershwin or Carmichael. “I’d always wanted to make songs with a similar feel but my skills were limited until now,” says Wagner.

Our release of the week is Seeking New Gods, the seventh solo album from Gruff Rhys, which was was recorded following a US tour with his band and mixed in Los Angeles with superstar producer Mario C (Beastie Boys). The album concept was originally driven to be the biography of a mountain, Mount Paektu (an East Asian active volcano). However, as Gruff’s writing began to reflect on the inhuman timescale of a peak’s existence and the intimate features that bring it to mythological life, both the songs and the mountain became more and more personal. The album is about people and civilisations and the spaces people inhabit over periods of time, how people come and go but the geology sticks around and changes more slowly. “I think it’s about memory and time,” suggests Gruff of Seeking New Gods’ meaning. “It’s still a biography of a mountain, but now it’s a Mount Paektu of the mind. You won’t learn much about the real mountain from listening to this record but you will feel something, hopefully.” 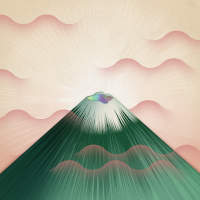 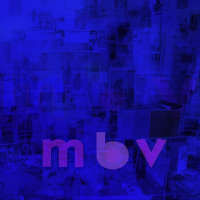 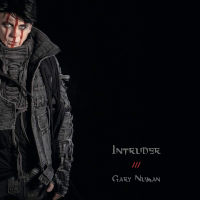 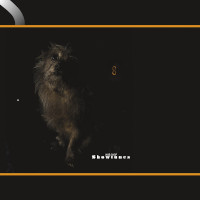