This week’s six smashers start with Live In Maui, a concert from 1970 with a blu-ray featuring the documentary ‘Music, Money, Madness… Jimi Hendrix In Maui’, which chronicles the Jimi Hendrix Experience’s storied visit to Maui and how they became ensnared with the ill-fated Rainbow Bridge movie produced by their controversial manager Michael Jeffery. Note: The LP box set will be released on 11 December.

The 16-song collection From An Old Guitar features rare and unreleased studio performances from Dave Alvin, some recorded over the years for his own albums or for tribute albums – but mainly things he did for the pure kicks of playing music he loves with musicians he loves and admires. The songs include both originals and interpretations of compositions by both dear friends and musical heroes, and the music ranges from acoustic blues and ballads to electric bar-room blues, folk-rock and even a little country-rock. There are contributions from dearly departed comrades like Chris Gaffney, Amy Farris and Bobby Lloyd Hicks as well as from old Blasters pals like Gene Taylor along with various members of The Guilty Men/Women/Ones plus help from brilliant accompanists like Greg Leisz, Cindy Cashdollar and Bob Glaub.

Shadow Of Fear is the first studio album from Cabaret Voltaire in 26 years. During that time Richard H. Kirk, the sole remaining member, invented bleep techno via his groundbreaking work in Sweet Exorcist and has released many acclaimed solo albums. Kirk has formed this new album from a series of pulverising live shows. The tone and personality of Cabaret Voltaire is ingrained in its core as it dances across techno, dub, house, 1970s Germany and general esoteric explorations coupled with mangled vocal samples.

Culled from over 40 hard drives of recorded live shows spread out across years of touring behind multiple critically acclaimed records, Live Drugs is unlike anything previously available in The War On Drugs’ catalogue. The first volume to capture the band’s live interpretations, Live Drugs is a document showcasing the evolution of their live show over the years. Additionally, Live Drugs is a portrait of the enduring relationship between Adam Granduciel and Dominic East. A long-time friend, guitar tech and stage manager, East is Live Drugs’s co-producer and the presence Granduciel credits as holding everything together. Sequenced to reflect how a typical 70-minute set would flow, Live Drugs thrives on live set staples immortalised on record for the first time. This includes ‘Buenos Aires Beach’ from the band’s 2008 full-length debut, Wagonwheel Blues, and the long-time musical interlude flowing between ‘Under The Pressure’ and ‘In Reverse’ – which bookend 2014’s Lost In The Dream. There’s also the band’s essential cover of Warren Zevon’s ‘Accidentally Like A Martyr’ – a song “so true, you should ever be lucky to write a song that simple,” according to Granduciel.

Containing over 100 minutes of incredible music, Nights Of The Dead – Legacy Of The Beast: Live In Mexico City was recorded during Iron Maiden’s three sold-out arena shows there in September 2019 and is a celebration of their Legacy Of The Beast World Tour, which began in 2018 and will finish next summer in Europe. Iron Maiden founder and bass player Steve Harris comments: “When the final leg of our 2020 Legacy tour this summer had to be cancelled due to the Covid pandemic, the whole band was very disappointed and deflated and we know our fans felt the same. We’d been really looking forward to bringing the show to even more countries and although we’ve been able to reschedule most of our European own-shows for 2021, we thought we’d take a listen to the recordings from the tour so far and see if we could create a definitive live album souvenir that everyone, everywhere could enjoy. I’m very pleased with the results, especially as this set list includes songs which have never made it to a live CD before, such as ‘For The Greater Good Of God’, and other older songs like ‘Where Eagles Dare’, ‘Flight Of Icarus’, ‘The Clansman’ and ‘Sign Of The Cross’ which haven’t been included in our live set releases for many years. We’ve never released a live album from Mexico before and I think this recording does justice to the passion and joy of our Mexican fans who always give us such a fantastic welcome whenever we play there.”

Our release of the week is Idiot Prayer, a solo piano recital by Nick Cave, recorded at the iconic London venue Alexandra Palace in June. In it, Nick plays songs from his extensive back catalogue, including rare tracks that most fans will be hearing for the first time. The songs are taken from across the breadth of Cave’s career, including early Bad Seeds and Grinderman, right through to the most recent Bad Seeds album, Ghosteen, and the performance has had rave reviews from critics and fans. 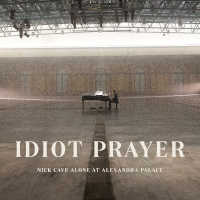 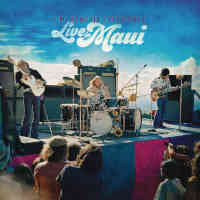 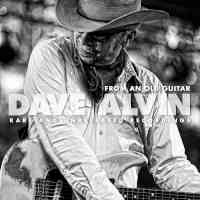 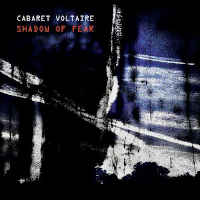 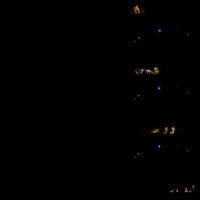 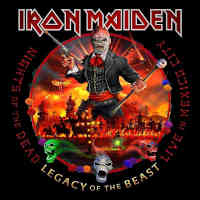