On with this week’s six smashers.

There’s a line on the outstanding new Mark Lanegan Band album, Somebody’s Knocking, that sticks in the listener’s mind long after the record stops spinning: “I felt its sound / down to my darkest, deepest root.” Coming towards the close of the final track ‘Two Bells Ringing At Once’ – a gorgeous hymn constructed from hazy ambient tones and swelling strings – those words seem to sum up the driven artist’s unshakable compulsion to create as well as the music lover’s perpetual necessity to keep on seeking new sounds. And Mark Lanegan is very much both of those things in one person.

In 2018 The Cure performed two historic shows celebrating their 40-year career. On the final night of the 25th Meltdown Festival at London’s Royal Festival Hall in June, Robert Smith, Simon Gallup, Jason Cooper, Roger O’Donnell and Reeves Gabrels performed one song from each of their 13 studio albums in chronological order, displaying the evolution of The Cure’s music live on stage. Then in July the band performed an acclaimed 29-song, 135-minute anniversary concert in Hyde Park in front of 65,000 fans – a four-decade-deep set including ‘Just Like Heaven’, ‘Lovesong’, ‘High’ and ‘The End Of The World’. 40 Live: Curætion-25 + Anniversary brings these two remarkable events together in one package.

For more than 15 years, Alter Bridge has been known for blurring the line between hard rock and heavy metal. Building on the sound that has won them worldwide critical acclaim and a devoted global fan-base, the band now returns with its sixth studio album, Walk The Sky. This fourteen-track opus marks a creative high point for the quartet (Myles Kennedy on vocals/guitars, Mark Tremonti on guitars/vocals, Brian Marshall on bass and Scott Phillips on drums), and acts as an unofficial career retrospective, drawing as it does on elements from each of the band’s previous releases to create something new.

Acclaimed Arizona four-piece Jimmy Eat World’s new album, Surviving, is the band’s most personal and ambitious album to date, with front-man Jim Adkins once again proving himself to be one of the most prolific songwriters in rock ’n’ roll. As Adkins himself puts it, “Surviving explores some of the different kinds of weights my ego tells me I have to carry, what I see people around me choosing to carry and what I have found to be the truth when I choose to let go.”

The Magpie Salute, the new(ish) band of Rich Robinson (formerly of The Black Crowes), release their second studio album. When High Water I was released in August 2018 it was the sound of old friends coming together in a union of rock ’n’ roll, psychedelic blues, rasping Americana and late-night storytelling. High Water II picks up where the band’s studio debut left off. Much of the album was written during those early recordings at Dark Horse Studios in Nashville, which has resulted an album that feels like a perfect continuation of its predecessor. 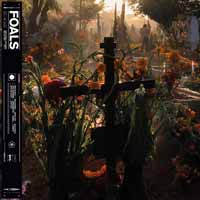 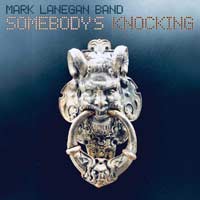 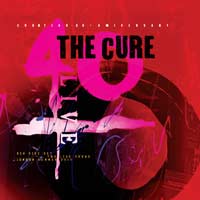 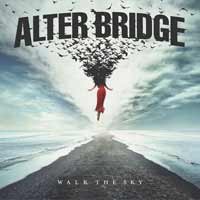 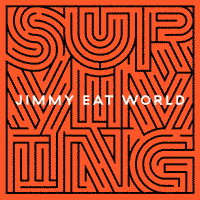 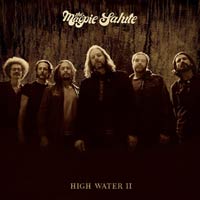