With labels focused on RSD, we’ve got a bijou selection of four releases this week, plus an early peek at two from the enormous list due out on 25th June.

First for this week is Consequences, one of Joan Armatrading’s most intimate and direct albums yet, and one that wears its heart – and its conscience – on its sleeve. Her 22nd studio album to date ably illustrates the fact that Joan Armatrading never likes to repeat herself. It is very different from 2018’s Top 30 hit album Not Too Far Away.

The double-CD/triple-LP expanded deluxe edition of Charles Mingus’ classic 1974 live album Mingus At Carnegie Hall includes over an hour of previously unreleased material sequenced in the order of the original performance, as well as never-before-seen photos by original photographer Gosta Peterson and new liner notes by jazz historian and producer Michael Cuscuna.

The two volumes of demos from King Gizzard & The Lizard Wizard, recorded between 2011 and 2020, come to you in a lovely double pack! As front-man Stu Mackenzie says: “OK, so this one required a fair old loosening of the ego to put out there. But sometimes you’ve just gotta make yourself as small as an ant and let go… These are recordings which were never supposed to see the light of day. But here they are: loose as; sloppy as. Hopefully endearing. In truth, an insane amount of effort and love went into these songs and I feel buoyed by sharing them. I’ve shed my skin, I’m a butterfly, I’m on fire.”

We move on to releases for 25 June, starting with Merci Miles! Live At Vienne. By 1991, the world’s most celebrated trumpeter could look back on five decades of musical evolution – his own, and that of the world around him. Miles Davis had found ways of marrying jazz with classical ideas, then later R&B, rock and funk, producing hybrid offspring that shaped the course of popular music and had come to define his legend. Miles Davis’ performance at Jazz a Vienne on 1 July 1991 became one of his final live performances before he passed away on 28 September 1991, and this previously unreleased set includes two songs written by Prince: ‘Penetration’ and ‘Jailbait’. The package features liner notes from music historian, journalist and producer Ashley Kahn, with art designed by Bruno Tilley.

On 22nd June 1971, Joni Mitchell released Blue, concluding her prolific four-album run for Reprise Records with an album considered by many to be one of the greatest of all time. Its stirring, confessional songs have been celebrated by music lovers and critics alike for decades while inspiring a wide variety of artists as diverse as Prince and Taylor Swift. Even today, its stature as a masterpiece continues to grow. Just last year, the album was named #3 on Rolling Stone’s list of the 500 Greatest Albums of All Time. To celebrate the album’s 50th anniversary, Rhino is releasing The Reprise Albums (1968–1971), the next instalment of the Joni Mitchell Archives series, featuring newly remastered versions of Blue (1971) and the three albums that came before it: Song To A Seagull (1968), Clouds (1969), and Ladies Of The Canyon (1970). In the case of Song To A Seagull, the original mix has been recently updated by Mitchell and mixer Matt Lee. “The original mix was atrocious,” says Mitchell, “so I fixed it!”

Our release of the week is Carnage, a new album that Nick Cave & Warren Ellis recorded over a period of weeks during lockdown. Although the pair have composed and recorded many soundtracks together, and Ellis is a long-term member of The Bad Seeds, this is the first time they have released an entire album of songs as a duo. “Making Carnage was an accelerated process of intense creativity,” says Ellis; “the eight songs were there in one form or another within the first two and a half days.” Cave describes the album as “a brutal but very beautiful record nested in a communal catastrophe.” 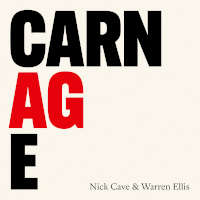 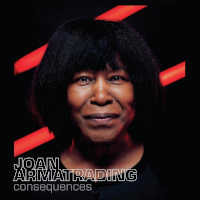 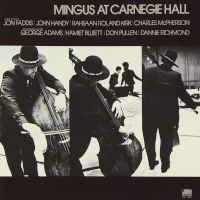 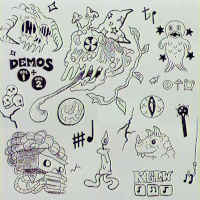 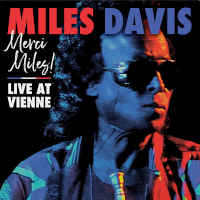 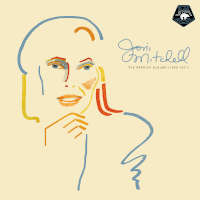