There are some fantastic releases out this week. First, Foals take a fresh, thrilling new direction on Life Is Yours, the follow-up to the triumphant two-part Everything Not Saved Will Be Lost. The new album – with its disco-tinged guitars, tight syncopated rhythms and punchy, insistent hooks echoing the band’s roots as purveyors of rambunctious house-party chaos – feels like a natural evolution for Foals. Thematically, Life Is Yours is escapist, transportive and in raptures at life’s endless possibilities. It’s a record that’s perfectly in tune with the prevailing atmosphere of this moment in time – a life-affirming celebration as the world is reunited.

Without a brutal evaluation of their own becoming, TV Priest might have never made their second album. Heralded as the next big thing in post-punk, they were established as a bolshy, sharp-witted outfit, the kind that starts movements with their political ire. There was of course truth in that, but it was a suit that quickly felt heavy on its wearer’s shoulders, leaving little room for true vulnerability. “A lot of it did feel like I was being really careful and a bit at arm’s length,” says vocalist Charlie Drinkwater. “I think maybe I was not fully aware of the role I was taking. I had to take a step back and realise that what we were presenting was quite far away from the opinion of myself that I had. Now, I just want to be honest.”

Back To Business, the new collaboration between Chris Bangs & Mick Talbot, celebrates the mod club jazz sounds that are at the backbone of their DNA. DJ and producer Chris Bangs first coined the term ‘acid jazz’, and has produced records for Galliano and Paul Weller, alongside his own project Quiet Boys. Keyboardist Mick Talbot was a founder member of The Style Council with Paul Weller, and has since played with Galliano, Dexys Midnight Runners and Candy Staton. Having previously recorded together in Yada Yada and Soundscape, Back To Business marks the first Bangs & Talbot collaboration for years, and it’s a vital album for mod collectors and beyond.

Prior to his untimely death in 2017, Linkin Park’s Chester Bennington personally announced a Grey Daze reunion on social media. As he never got the chance to launch the reunion himself, his bandmates, friends, family and various collaborators stepped up to give the music the second chance it deserved, finishing what the late singer started. Longtime Grey Daze members drummer Sean Dowdell and bassist Mace Beyers recruited Cristin Davis on guitar in 2017 to tackle this artistic and personal endeavour. The Phoenix follows their critically praised and beloved 2020 album Amends, and this next chapter of music is the completion of their commitment to friendship.

Dream Like A Dogwood Wild Boy is British saxophonist Binker Golding’s second album under his own name and represents a sonic evolution, adding a distinct blend of electric blues and country to his jazz core. The album is a personal and ultimately uplifting reflection on the trials and tribulations of the journey to manhood. Binker Golding is one of the leading artists of the London jazz scene, having collaborated with the likes of Moses Boyd, Zara McFarlane, Emma-Jean Thackray, Evan Parker and Sarathy Korwar. A virtuosic and busy musician, composer, arranger and educator, Golding tutors at the unrivalled Tomorrow’s Warriors organisation, has conducted the Nu Civilisation Orchestra, and has released albums that stretch between free jazz, fusion and experimental electronic, proving himself always unpredictably ahead of the curve.

Our release of the week is A Light For Attracting Attention, the long-awaited debut album from The Smile: Thom Yorke and Jonny Greenwood from Radiohead with Tom Skinner from Sons of Kemet. The 13-track album was produced and mixed by Nigel Godrich and mastered by Bob Ludwig. Tracks feature strings by the London Contemporary Orchestra and a full brass section of contemporary UK jazz players including Byron Wallen, Theon and Nathaniel Cross, Chelsea Carmichael, Robert Stillman and Jason Yarde. 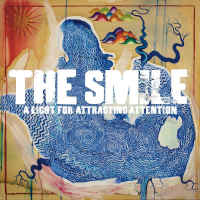 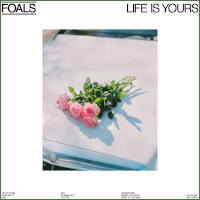 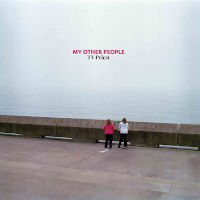 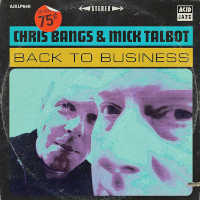 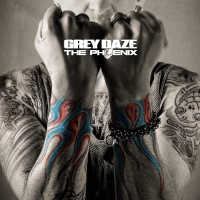 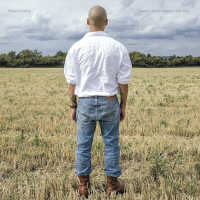