Starting the new year as we mean to go on, here’s our selection from 15 January’s releases. There are moments on Drunk Tank Pink where you almost have to reach for the sleeve to check this is the same band who made 2018’s Songs Of Praise. Such is the jump Shame have made from the riotous post-punk of their debut to the sprawling adventurism and twitching anxieties laid out here. The South London band’s blood-and-guts spirit, that wink and grin of devious charm, is still present – it’s just that it’s grown into something bigger, something deeper, more ambitious and unflinchingly honest. The genius of Drunk Tank Pink is how these lyrical themes dovetail with the music. Opener ‘Alphabet’ dissects the premise of performance over a siren call of nervous, jerking guitars, its chorus thrown out like a beer bottle across a mosh pit. Songs spin off and lurch into unexpected directions throughout here, be it the escalating aural panic attack of ‘March Day’ or the shapeshifting darkness of ‘Snow Day’. There’s a Berlin-era Bowie beauty to the lovelorn ‘Human For A Minute’, while closer ‘Station Wagon’ weaves from a downbeat mooch into a souring, soul- lifting climax in which Steen elevates himself beyond the clouds and into the heavens. Or at least that’s what it sounds like. From the womb to the clouds (sort of), Shame are currently very much in the pink.

Kurt Vile’s Speed, Sound, Lonely KV EP was recorded and mixed in sporadic sessions that spanned four years at The Butcher Shoppe studio in Nashville, Tennessee. It includes five songs – covers of John Prine and “Cowboy” Jack Clement as well as two originals – and was recorded alongside a cast of local heavies like Bobby Wood, Dave Roe, and Kenny Malone with Dan Auerbach (The Black Keys) and Matt Sweeney (Chavez, Superwolf) tossed into the mix as well. Most importantly, it features what KV has called “Probably the single most special musical moment in my life” – a duet with the late John Prine on the songwriter’s well-loved tune, ‘How Lucky’. “The truth is John was my hero for a long time when he came into The Butcher Shoppe to recut one of his deepest classics with me. And, man, I was floating and flying and I couldn’t hear anything he told me while he was there till after he was gone for the night,” notes Vile in a personal statement that accompanies the record. “A couple nights later we were playing ‘How Lucky’ together again; this time onstage at the Grand Ole Opry on New Year’s Eve at the turn of 2020. Nothing like seeing John and his band of musical brothers and family and friends playing into the new decade in front of an adoring audience on that stage in Nashville, TN… and, yup, that’s just how lucky we all got that night.”

We Come from The Sun was composed by Cerys Matthews with Hidden Orchestra and features 10 UK poets: MA.MOYO, Raymond Antrobus, Lemn Sissay, Liz Berry, Anthony Anaxagorou, Adam Horovitz, Cia Mangat, Imtiaz Dharker, Kim Moore and Kayo Chingonyi. In February 2020 Abbey Road studios welcomed each of the 10 poets to record pieces from their collections. Then lockdown hit… But, remotely and with the help of field recordists and musicians around the world, Cerys and Joe Acheson (Hidden Orchestra) created a sound journey for these poems with the theme of genesis, birth, heritage, and a journey about to begin. “We are living in extraordinary times, I wanted to respond but had the urge to offer more than one voice, more than one perspective. Not an echo chamber.” – Cerys Matthews.

Big Thief’s Buck Meek announces his new solo album, Two Saviors. While his last album, 2018’s Buck Meek, is a yarn of blue-collar fairy tales and character driven narratives, Two Saviors emerges as a cathartic, naked confession of heartbreak, resiliency, and enchantment. The first word on Two Saviors is ‘pareidolia’, a word about recognising shapes where none were intended to exist – like searching for images in the clouds. It’s an uncommon word, with a beautiful sound, and serves as an apt guide through these new songs of Buck’s, which are themselves uncommon and beautiful, and which invite a deep, cloud-gaze state of attention.

It was inside Jeff Tweedy’s second home, The Loft in Chicago, that Love Is The King was recorded in April 2020, surrounded by an assemblage of treasured instruments and loved ones in a world that felt more and more alien by the day. This “beautifully honest ode to love and hope” is the follow-up to 2018’s Warm and 2019’s Warmer, and comes on the heels of Tweedy’s second book, How To Write One Song, out on 13 October. “At the beginning of the lockdown I started writing country songs to console myself. Folk and country type forms being the shapes that come most easily to me in a comforting way. ‘Guess Again’ is a good example of the success I was having at pushing the world away, counting my blessings – taking stock in my good fortune to have love in my life,” comments Tweedy. “A few weeks later things began to sound like ‘Love Is The King’ – a little more frayed around the edges with a lot more fear creeping in. Still hopeful but definitely discovering the limits of my own ability to self soothe.”

Our release of the week comes from Sleaford Mods – the polemical Jason Williamson and dexterous producer Andrew Fearn – who kick against the pricks with unrivalled bite, railing against hypocrisy, inequality and apathy with their inimitable, scabrous sense of humour. And Spare Ribs, recorded in lockdown in a furious three-week studio blitz at JT Soar in July and featuring Amy Taylor of Melbourne punks Amyl and the Sniffers and the British newcomer Billy Nomates, finds the duo charged with ire at the UK Government’s sense of entitlement, epitomised by its devil-may-care approach to the coronavirus crisis. Commenting on the new album Jason says, “Our lives are expendable under most governments, secondary under a system of monetary rule. We are stock if you like, parts on a shelf for the purposes of profit, discarded at any moment if fabricated or non-fabricated crisis threatens productivity. This is constant, obviously and notably in the current pandemic. The masses cannot be present in the minds of ill-fitting leaders, surely? Or else the realisation of their catastrophic management would cripple their minds. Much like the human body can still survive without a full set of ribs we are all ‘spare ribs’, preservation for capitalism, through ignorance and remote rule, available for parts.” 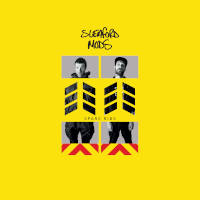 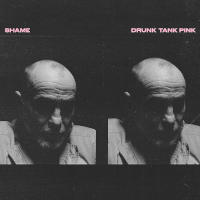 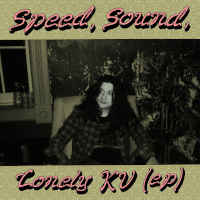 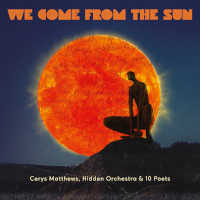 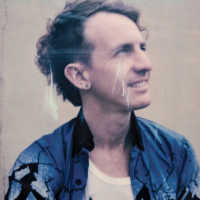 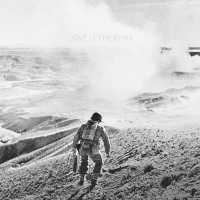