We open this week’s selection of tasty treats with a brand-new album from Paul Weller. We may be cursed to be in the midst a global pandemic, buffeted by all of its stresses and pain. But everyone knows that art provides succour, that music is the most reliable balm. And for many there is further significant comfort to be drawn from the knowledge that Paul is in the midst of an unbelievably prolific purple patch and will not let us down when we need him most. Fat Pop (Volume 1) is Paul’s 16th solo album since his self-titled debut in 1992, released just under twelve months after June 2020’s magnificent, chart-topping On Sunset. It’s not hyperbole to state that this new album is an absolute scorcher, and among his most compelling.

The Black Keys release their tenth studio album, Delta Kream. The record celebrates the band’s roots, featuring eleven Mississippi hill country blues standards that they have loved since they were teenagers, before they were a band, including songs by R.L. Burnside and Junior Kimbrough, among others. Dan Auerbach and Patrick Carney recorded Delta Kream at Auerbach’s Easy Eye Sound studio in Nashville; they were joined by musicians Kenny Brown and Eric Deaton, long-time members of the bands of various blues legends. The album takes its name from William Eggleston’s iconic Mississippi photograph that is on its cover. Auerbach says of the album: “We made this record to honor the Mississippi hill country blues tradition that influenced us starting out. These songs are still as important to us today as they were the first day Pat and I started playing together and picked up our instruments. It was a very inspiring session with Pat and me along with Kenny Brown and Eric Deaton in a circle, playing these songs. It felt so natural.”

With Afrique Victime, the prodigious Tuareg guitarist and songwriter Mdou Moctar rips a new hole in the sky – boldly reforging contemporary Saharan music and ‘rock music’ by melding guitar pyrotechnics, full-blast noise and field recordings with poetic meditations on love, religion, women’s rights, inequality, and Western Africa’s exploitation at the hands of colonial powers. Listeners to the album are beneficiaries of the staggeringly powerful do-it-yourself musical ethic of Mdou Moctar – the man and the band – who’ve worked so hard to bring the spirits of families and communities in Niger to the West. Afrique Victime sounds and feels like a Tuareg hand reaching down from the sky, and we are very lucky for this chance to get lifted.

Copycat Killer is a 12″ featuring 4 exclusive new versions of songs from Phoebe Bridgers’ wildly acclaimed Punisher album. Collaborating with arranger Rob Moose (Sufjan Stevens, The National, Bon Iver, Vampire Weekend, Jay-Z), these are brand-new orchestral arrangements of the songs ‘Kyoto’, ‘Savior Complex’, ‘Chinese Satellite’ and ‘Punisher’, all given a luscious revamp that is sure to delight any fans of Phoebe’s album and serve as perfect gateway for new listeners into what makes her one of the most special artists of 2020 and beyond.

In his tenth year with Acid Jazz, the ever-prolific Matt Berry has crafted a psych masterpiece, once again proving that his artistic ambition, and progression, knows no bounds. Blue Elephant follows the acclaimed Top 30 album Phantom Birds, and is arguably his best album to date. Recorded during the summer of 2020, the new album is testament to Matt’s exceptional musicianship, production skills and songwriting prowess. Every instrument on the album – with the exception of drums, supplied by Craig Blundell – is played by Matt, including guitars, bass, a variety of keyboards and synthesizers (piano, Wurlitzer, mellotron, Moog, Hammond, Vox and Farfisa organs). This music soundtracks an album that explores themes surrounding today’s close scrutiny in all its bewildering, objectifying and unnerving experiences. Very much a conceptual and, therefore, continuous long-player, the infectious grooves come to the fore on standout tracks ‘Summer Sun’, heavy-psych instrumental ‘Invisible’, the three-part ‘Blues Inside Me’, which encompasses a psych journey through a late ’60s and early glam filter mixed with the propulsive ‘Like Stone’.

Our release of the week comes from Sons Of Kemet, who return in 2021 with their new album, Black To The Future, the follow-up to 2018’s Mercury Prize-nominated breakout release Your Queen Is A Reptile. This is their fourth record, and their second on Impulse! Compared with Your Queen Is A Reptile, this album has featured vocalists and more of an emphasis on fuller compositions and arrangements. Guest artists include Kojey Radical, Moor Mother, Angel Bat Dawid, Joshua Idehen, D Double E, and is one not to be missed! 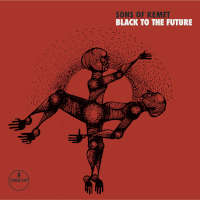 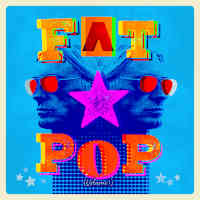 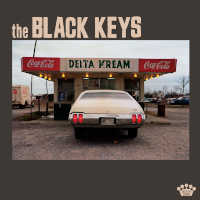 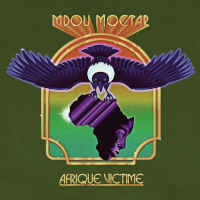 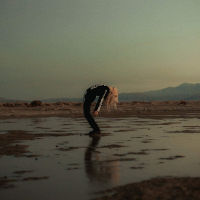 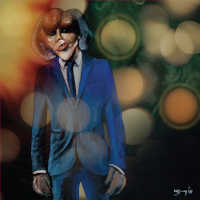