This week’s six smashers start with Dropout Boogie, released one day before the twentieth anniversary of The Black Keys’ first album, The Big Come Up. As they have done throughout their entire career, the duo of Dan Auerbach and Patrick Carney wrote all of the material in the studio, and the new album captures a number of first takes that hark back to the stripped-down blues rock of their early days making music together in basements in Akron, Ohio. “That’s always been the beauty of the thing Pat and I do. It’s instant,” Auerbach says. “We’ve never really had to work at it. Whenever we’d get together, we’d just make music, you know? We didn’t know what we were going to do, but we’d just do it and it would sound cool.”

The deep connection that Bear’s Den have with their fans has been built through relentless touring, but also through the way their songs have naturally woven themselves into the fabric of some of the most important chapters of their fans’ lives. The emotional fuel for this has often been Andrew Davie’s lyrics, and his poignant and emotionally relatable songwriting is at the heart of Blue Hours, which beautifully addresses themes of mental turmoil and isolation, but with a sense of redemption and hopefulness weaved throughout.

Anybody who has witnessed a live performance by Anna von Hausswolff and band can attest to the extraordinary and commanding nature of the experience. The distinctive music that you know from her albums comes to life, shifting from hypnotic and mantra-like moods to thunderous drama, dissonance and cacophony. The musicians master playful dynamics and wield immense power. Across six pieces, on Live At Montreux Jazz Festival Anna von Hausswolff performs sensational renditions of tracks from her two beloved albums, The Miraculous and Dead Magic, with the backing of a full band including additional vocals from her sister, cinematographer Maria von Hausswolff.

The Pineapple Thief is one of the leading lights of Europe’s experimental rock domain, led by post-progressive mastermind Bruce Soord and reinforced by Gavin Harrison (King Crimson) on drums. In the lead-up to their extensive 2022 European and US tour in support of their latest studio album, Versions Of The Truth, The Pineapple Thief presents Give It Back, a new album featuring 10 new versions of earlier works including songs taken from the albums Little Man, All The Wars, Tightly Unwound and more. Frontman Bruce Soord’s newly recorded vocals and guitars, fresh drum parts from Gavin Harrison, new mixing by Soord and Harrison and mastering by Steve Kitch propel this new release into a must-have that showcases the evolution of The Pineapple Thief.

The Washington Square Church performances represent some of the finest recorded examples of the Frippertronics series. Unlike other such recordings where the loops are on tape in the DGM archive but Robert Fripp’s solos require painstaking matching of existing audience recordings and bootlegs to those loops to complete the picture, the solos for these shows were actually recorded but not labelled as to which solos matched which loops. It only became possible to match them together when DGM audio engineer Alex R. Mundy realised that the loops had been picked up, at microscopic audio levels, by the guitar pick-ups playing the solos, allowing for identification. David Singleton was then able to mix and produce the resulting audio. The music played more than rewards such efforts as Fripp appears to explore every sonic avenue available to him as a guitar player – mesmerising loops, overlaid with beautiful solos, fast-running lines, powerful Scary Monsters-type guitar noises and more besides.

Our release of the week is Dance Fever, which was recorded by Florence + The Machine predominantly in London over the course of the pandemic in anticipation of the world’s reopening. It conjures up what Florence missed most in the midst of lockdown – clubbing, dancing at festivals, being in the whirl of movement and togetherness – and the hope of reunions to come. It’s the album that brings back the very best of Florence: the festival-headlining Boudicca, wielding anthems like a flaming sword. Just before the pandemic she had become fascinated by choreomania, a Renaissance phenomenon in which groups of people – sometimes thousands – danced wildly to the point of exhaustion, collapse and even death. This imagery resonated with her, after more than a decade of non-stop touring, and in lockdown it felt oddly prescient. 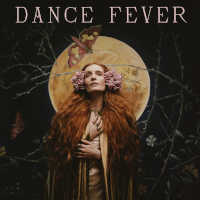 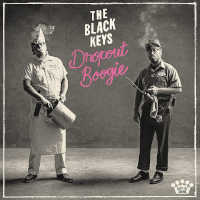 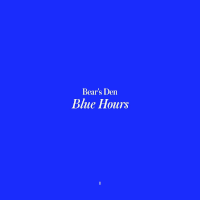 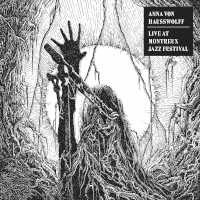 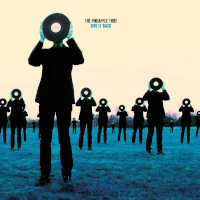 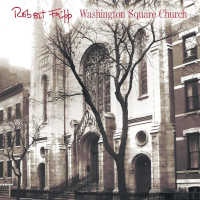