Our first batch of lockdown lovelies starts with Power Up, the long-awaited 17th studio album from AC/DC. The band reunited with producer Brendan O’Brien who helmed the double-platinum Black Ice in 2008 and the gold Rock Or Bust in 2014. Charged up for the next decade, AC/DC cut twelve new tracks for the album, proudly maintaining their signature sound and all of its powerful hallmarks.

Film Music 1976–2020 brings together 17 tracks from Brian Eno’s most recognisable film and television work over the decades. Eno’s music has been used in hundreds of films and he has composed more than 20 soundtracks for some of the best known directors in the world, including David Lynch, Danny Boyle, Peter Jackson, Michelangelo Antonioni, Derek Jarman and Michael Mann. Compositions such as ‘Ship In A Bottle’ in The Lovely Bones, ‘Prophecy Theme’ from Dune, ‘Deep Blue Day’ in Trainspotting, ‘Late Evening In Jersey’ in Heat, ‘Beach Sequence’ in Antonioni’s last film Beyond The Clouds and ‘An Ending (Ascent)’ from Al Reinert’s ground-breaking For All Mankind have contributed significantly to memorably iconic scenes. Eno has also scored extensively for television, including all 3 series of the gritty UK crime drama Top Boy, for which he received a Bafta, and Danny Boyle’s Mr Wroe’s Virgins, which earned him and his brother Roger a Bafta nomination. This release features over an hour of classic Eno compositions and includes several previously unreleased tracks.

Weird! is Yungblud’s most emotionally complex body of work to date. He recorded it at studios in London and Los Angeles with Cervini, Greatti and another frequent collaborator, Matt Schwartz (Cold War Kids, Bullet For My Valentine, Massive Attack). True to Yungblud’s fierce refusal to box himself in, Weird! embodies a wildly eclectic collage of sound: Queen-inspired harmonies, Beatles-esque chord progressions, elements of dance-punk and glam-rock and hip-hop and metal.

Lunatic Soul is the solo studio music project of creator, vocalist and multi-instrumentalist Mariusz Duda. Through Shaded Woods is a new opening for Lunatic Soul, with it not only being considered the most refined and richest sounding album, but also the brightest and most positive in their discography to date. On album number seven, Duda extends his musical explorations to include dark Scandinavian and Slavic folk, referencing bands like Heilung or Wardruna. Following the heavily electronic soundscapes of previous albums Fractured and Under The Fragmented Sky, Through Shaded Woods is completely devoid of electronics and is the first album in Duda’s back catalogue on which he plays all instruments.

Paloma Faith wrote most of the songs for Infinite Things before the Covid-19 pandemic swept the world. When she went into lockdown, she ripped them all up and started afresh. She spent her downtime creating, learning to engineer her own music and just thinking about the world. The enforced downtime was creatively fruitful and taught her that she had been on a sort of conveyor belt of music and promo. The lockdown gave her the space to take stock of her frenetic career, and decide what is meaningful to her. She is emerging from lockdown with a new sense of her priorities which has seen her reconnect with her roots steeped in creativity. As well as exploring relationships and love, the album is also a rumination on sickness and loss.

Our release of the week is Starting Over, the highly anticipated new studio album from Chris Stapleton. This is an album of startling prescience – completed in late February only days before the shutdown began. Across its fourteen tracks are songs that examine life’s simplest joys and most serious struggles. Alongside eleven written by Stapleton with both longtime friends and new collaborators are three carefully chosen covers: John Fogerty’s ‘Joy Of My Life’ and Guy Clark’s ‘Worry B Gone’ and ‘Old Friends’. Special guests include legendary musicians Mike Campbell, Benmont Tench and Paul Franklin The resulting album – both timely and timeless – speaks to and transcends the current moment in ways unimaginable even while it was being created.. 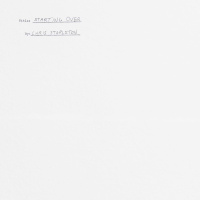 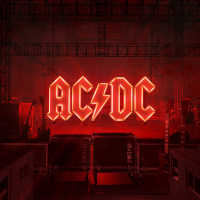 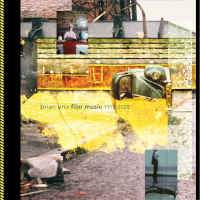 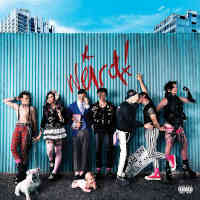 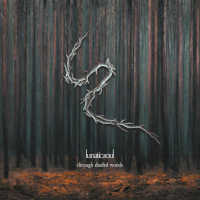 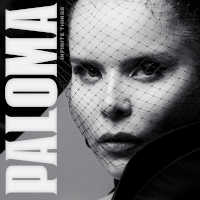