This week’s smashers open with Blood Harmony, a whole-hearted invitation into a world that Larkin Poe know intimately, a Southern landscape so precisely conjured you can feel the sticky humidity of the warm summer air. In bringing their homeland to such rich and dazzling life, Georgia-bred multi-instrumentalist sisters Rebecca and Megan Lovell fortify their storytelling with a rock- and blues-heavy sound that hits right in the heart, by turns stormy and sorrowful and wildly exhilarating.

Loosely based around the shifting of the seasons and the shifting of a relationship, Year Of The Dark Horse is The White Buffalo’s most ambitious and challenging work to date: a collection of 12 musical vignettes – individual yet constant in flow – that show off the full scope of Jake Smith’s song-writing craft. The results, shaped by legendary producer Jay Joyce, are both spectacular and surprising, showing what can be achieved when creativity is hailed as king and genre restrictions are cast into the fire.

Héloïse Letissier of Christine & The Queens unveils her new persona, Redcar. And it’s only the beginning. This is all an opera. It will take some time to unveil, the same way it is unveiling to Redcar, as he acknowledges his crazy freedom. Angels and stars, the sovereign verb, the heart at its centre. Redcar is not really there to affirm anything but the need to say who we are and what we pray for every day.

Describing herself simply as a ‘modern English musician’, Eliza Carthy is one of the most recognisable faces in British folk. From the purest unaccompanied traditional songs to original music incorporating myriad influences, she has moved through English folk music like a force of nature, both stirring it up and putting it back on the map. With a wealth of musical and life experience under her belt, Eliza’s talent has matured and is flourishing, and Queen Of The Whirl features new interpretations of fan-selected favourites from her previous albums, recorded with her band The Restitution.

While on the island of Syros in the Aegean Sea for a film festival performance, Christina Vantzou experienced what she characterized as “a moment of focus” – a specific vision for the sprawl of raw recordings she’d been amassing for her fifth album. On relocating to the Cycladic island of Ano Koufonisi, she situated herself outside at a patio table with a laptop and headphones, taking brief breaks to swim, and began the “reductive process” of shaving and shaping the source material into uneasy but lyrical movements, alternately austere and adorned with strange inflections: glottal groaning, cavernous water, glittering eddies of modular synth, languorous silences. Mixing the pieces herself without outsourcing to an engineer compounded the intimacy and autobiographical dimension of the music; she refers to No.5 as “almost like a first album”.

Our release of the week is Only The Strong Survive, the new album from Bruce Springsteen – a collection of soul music gems that celebrate the legendary songbooks of Gamble and Huff, Motown, Stax and many more. The album features vocals from Springsteen with instrumentation primarily from his longtime producer Ron Aniello, guest vocals from Sam Moore and contributions from The E Street Horns. 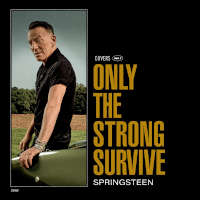 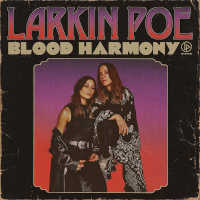 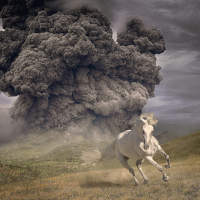 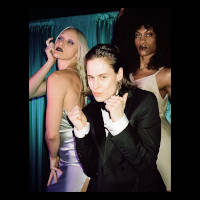 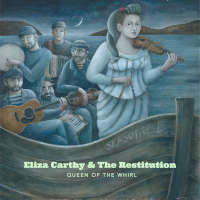 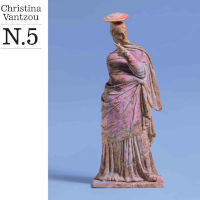